Everyone knows the internet is filled with useful (and not so useful) information, and many site’s won’t even charge you a penny.

Why spend your hard-earned dollars on a class when you can gain tons of new skills online for free?

Become an Excel expert.
http://chandoo.org:  Chandoo is one of many gracious Excel experts who wants to share their knowledge with the world. Excel excellence is one of those skills that will improve your chances of getting a good job instantly, and it will continue to prove invaluable over the course of your career. What are you waiting for?

Instructables.com: Learn how to DIY just about anything (seriously!) with instructions from hundreds of contributors offered up free of charge. DIY solar food dehydrator, anyone?

Make your own animated GIF at http://gifmaker.me/ http://makeagif.com/: Learn how to make a gif. Create animated gifs online with our free gif animator in just three easy steps. Upload, Customize, Create.
SAMPLE ON HOW TO MAKE GIFT ANIMATION FROM YOUTUBE VIDEO:

Lifehacker.com/Night School: Hidden among the hacks on this uber-useful site are posted tagged “night school” where you’ll find freebie lessons on everything from how to build a computer to photography basics.

Lifehacker’s basics of photography might be a good place to start. Learn how your camera works, the basic of composition, and editing images in post-production. Life Hacker Course

Skillshare.com: Find out how to brew a perfect cup of coffee, pickle like a pro, knit, sew, and 100s of more skills. Cram your head full with the site’s complimentary 14-day trial, stat!

JustinGuitar.com: Always dreamed of becoming a rock star? You won’t even have to busk to take advantage of this site’s 850+ gratis guitar lessons.

Drawspace.com: Sharpen your drawing skills with lessons from pros. About 15% of Drawspace’s content is on the house.

All kids draw — so why do we become so afraid of it as adults? Everyone should feel comfortable with a sketchbook and pencil, and sketching is a wonderful way to express your creativity.

DrawSpace is a great place to start. I also highly recommend the book Drawing on the Right Side of the Brain if you can drop a few dollars for a used copy

YogaMeditationAtHome.com: YOME is made up of 100% free online yoga videos that will get you saying ‘omm’ in seconds.

GoHighBrow.com: Sign up for unpaid bite-size courses delivered to your inbox daily, aimed at expanding your knowledge on topics ranging from philosophy to Greek mythology.

Spreeder.com: Quick: How fast can you read these words? Use this Spreeder’s completely free reading program to double, triple, even quadruple your reading speed.

DuoLingo.com: Learn a new language from this site’s extensive costless online courses. Bonus: The ‘lessons’ are set up like games!

Codecademy.com: Get yourself up to speed on the in-demand skill of coding—all without spending a dime.

Tomorrow, May 9, is a Big Holiday – Victory Day.

To understand what war mean to us just one fact:
”Casualties of the Soviet Union from all related causes were over 20,000,000, both civilians and military, although the statistics vary to a great extent largely”.

For our family, Victory Day always has been the day of remembrance and respect to all veterans and fallen heroes. We remember all civilians who worked in extreme hostile environments of war time to help their country to win this terrible war. We remember those who did not survive this terrible time.

My and my wife’s grandfathers were at World War II fighting Nazi and their allies and were killed. They died as heroes protecting their country and people.

Looking back from this time I proudly can say that they saved many innocent people in different countries from Nazi’s genocide.

Those starting the war had their own agenda, but those who protected their country and people had no choice but fight back till the victory.

As children we were taught that any war is bad and no reason can justify because wars destroy human lives and countries.

Please remember and respect the price our countries paid to liberate European countries and countries in Far East during World War II. 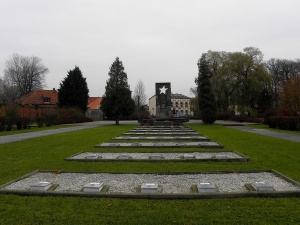 My wife’s grandfather from father’s side was killed in fight near Odessa in 1941, protecting Odessa city. Place of burial unknown.

Grandfather from mothers’ side was killed in fight near Leningrad (St. Petersburg now) in 1943, protecting Leningrad. Place of burial unknown.

My grandmother’s brother fought Nazis for 4 years and was killed in a battle on April 5, 1945, only one month before the Victory day.

He is buried at the War Cemetery in Cmentarz Wojskowy w Żarach – Military Cemetery – Zary, Poland

“Those who don’t know history are doomed to repeat it.”
― Edmund Burke 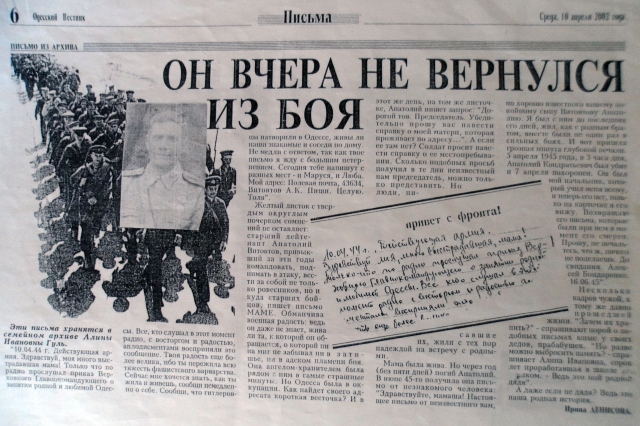 What is poodle stand for sslv3 hack?
Padding Oracle On Downgraded Legacy Encryption
Poodle, which stands for Padding Oracle On Downgraded Legacy Encryption (PDF), is a problem because it’s used by both websites and Web browsers. Both must be reconfigured to prevent using SSL 3.0, and Poodle will remain a problem as long as SSL 3.0 is supported.
Google exposes ‘Poodle’ flaw in Web encryption standard …

POODLE Vulnerability: Frequently Asked Questions.
What is the SSLv3 POODLE Vulnerability?
On October 15 Google published details of vulnerability in the design of SSL version 3.0. This vulnerability
allows the plaintext of secure connections to be calculated by a network attacker. The new vulnerability,
named ‘POODLE’, compromises encryption, by forcing a browser or client to use the less secure SSLv3
encryption protocols instead of TLS protocols (eg TLSv1.2). It then carries out a BEAST (Browser Exploit
Against SSL/TLS) attack to obtain information from the encrypted stream.
Is This Really Such a Big Issue?
Yes. Although SSL 3.0 is nearly fifteen years old, support for it remains widespread. Most importantly, nearly all
browsers support it and, in order to work around bugs in HTTPS servers, browsers will retry failed connections
with older protocol versions, including SSL 3.0. Because a network attacker can cause connection failures,
they can trigger the use of SSL 3.0 and then exploit this issue.

Who does Poodle Affect?
Any merchant using Internet Explorer 6 (IE6) to access secure online payment gateways system pages or any merchant whose site or solution uses SSLv3 to post transactions to Authorize.Net.

What should I tell my customers if they ask about POODLE?

You can instruct any concerned customers to visit https://zmap.io/sslv3/ to confirm if their browser supports SSLv3. It includes instructions on how to disable SSLv3 for all modern browsers.

What to do if i Use Internet Explorer 6?

If you are using a version of Internet Explorer older than 7.0, please visit http://www.microsoft.com/en-us/download/internet-explorer.aspx to upgrade.

Firefox, Safari and Chrome users should not be affected.

What is the SSLv3 POODLE Vulnerability?
On October 15 Google published details of vulnerability in the design of SSL version 3.0. This vulnerability
allows the plaintext of secure connections to be calculated by a network attacker. The new vulnerability,
named ‘POODLE’, compromises encryption, by forcing a browser or client to use the less secure SSLv3
encryption protocols instead of TLS protocols (eg TLSv1.2). It then carries out a BEAST (Browser…

Search For your Dream Products

Search for Antique in America

History of Art, Paintings and Artists. Art History Resources for Students, and Artists

Posts by Professor of national security affairs at the U.S. Naval War College